Nancy Lindisfarne writes: Last week in Koblenz, Germany, a former Syrian intelligence officer, Eyad al Gharib, was found guilty of aiding and abetting crimes against humanity. It is an important verdict. It has formally exposed the scale, and appalling horror, of the crimes of the Syrian regime.

To mark this moment we are reposting a short story I originally published in Arabic in 1997. I did anthropological fieldwork in Damascus in the late 1980s, and from day one I saw the tyranny of the regime.  But I knew the whole time I was in Syria, and then again when I tried out the stories on friends in Damascus, that for their sake, I could only hint at the fear everyone felt.  As you can see here, the most politically explicit of my Syrian stories, ‘Fresh Apricots’, is little more than a bare whisper about a prisoner who has been fortunate enough to be released from Saydnaya prison.
.
In 1997, Mamdouh Adwan, the Syrian poet and playwright translated into Arabic a collection of short stories I had written after my year of fieldwork. Al Raqs fi Dimasq was published in Syria before an English version, Dancing in Damascus, came out in 2000.[4] But though a bare whisper, I also knew Syrian readers absolutely understood what I was trying to say.

END_OF_DOCUMENT_TOKEN_TO_BE_REPLACED 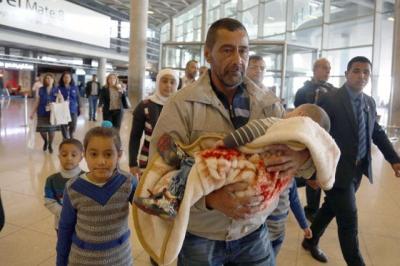 Lewis Turner writes about Syrian refugees in Jordan, He argues that ‘a person is not vulnerable because they are a man or a woman, but because of what being a man or a woman means in particular situations. A refugee response that automatically assumes that women and children are the most vulnerable will do a disservice to the community it seeks to serve.‘ END_OF_DOCUMENT_TOKEN_TO_BE_REPLACED 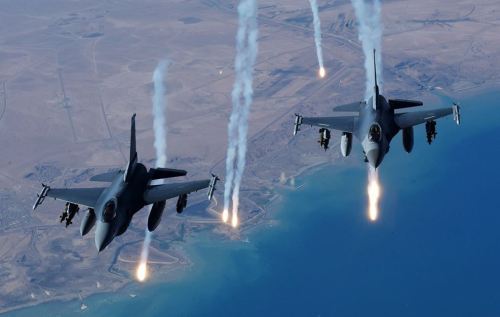 An assault on the Iraqi city of Mosul by the United States, Iran, the Iraqi government, Kurdish forces and Shiah militias looks imminent. We can expect massive bloodshed and the destruction of most of the city.

Mosul is now held by ISIS. Different estimates suggest that between 600,000 and 1,500,000 people are still in the city. In the last year Iraqi and Iranian forces backed by the US bombs have retaken the cities of Ramadi and Fallujah from ISIS. In both cases, the whole city was flattened by American bombs, and almost all the people became refugees. Those two cities remain destroyed, and almost empty.

Because ISIS holds Mosul, every reactionary power in the world will welcome the bombing. On present form, almost the whole of the European and North American left will do nothing to protest the bombing, and many leftists will support the assault.

The position of most of the left makes us sick at heart. Do Muslim deaths not matter? END_OF_DOCUMENT_TOKEN_TO_BE_REPLACED

The Syrian painter and printmaker, Rida Hus-Hus, died in Mannheim, Germany on the 30 July 2016 at the age of 77. His courage, uncomplicated generosity and celebration of all that was beautiful is to be remembered and cherished. His life drawings and portraits reflected his affection and interest in other people. Through still-life drawing and flower pictures he celebrated the joy of quotidian detail, while his vibrant pastels captured the sweeping landscapes outside of Damasus, and literally painted Syria in a most beautiful light. Yet Rida was also intensely political in the dangerous environment of the Assad dictatorship, and to keep himself sane, and preserve the independence of his art, he lived an extremely modest and cleverly managed life. END_OF_DOCUMENT_TOKEN_TO_BE_REPLACED

This article is about three intersecting wars in the Middle East, in Afghanistan, Iraq and Syria.[1] The bombings in Paris occurred just as we were finishing the piece, and give our arguments here further tragic relevance.

This piece is 25,000 words long, and readers may find it easier to read by downloading the version here: Oil Empires 16Nov2015 FIN5.

It will help the reader to know from the outset where we stand. We want the mass resistance to the Assad regime in Syria to win, and the Russian armed forces and their allies to leave. We want the Americans and their allies to leave Afghanistan, now, completely. We want Assad and the American, British, French and Russian military to stop bombing the Syrian resistance and the Islamic State.[2] END_OF_DOCUMENT_TOKEN_TO_BE_REPLACED

Nancy Lindisfarne writes: The lunar month which began in mid-June this year is the Islamic month of Ramadan, the month of fasting and charity. This is a story to mark Ramadan, and one day in the life of Basima. At forty five, she is still unmarried, on the shelf, and as the youngest daughter of a large Syrian family, she has become the sole carer of her elderly, difficult mother.

This short story  is set in Damascus in the 1990s, where I did a year’s anthropological fieldwork among well-to-do Damascenes. For me, unlearning academic writing and writing fiction was a lengthy and salutary experience. The impetus came from my anger and exhaustion at countering simplistic, popular stereotypes of Arab or Muslim women and men as fundamentalists, terrorists, or both. My hope then was that the stories might be a way to reach an audience beyond the academy. END_OF_DOCUMENT_TOKEN_TO_BE_REPLACED

American bomber being prepared for flight

Many other feminists, and many on the left, are confused and unsure. But they also talk as if it was a straight choice between IS and the US, or between the Taliban and the US. ‘Both sides are morally repugnant,’ these people say, ‘but if I have to choose…’

This way of thinking ignores the fact that you are not just choosing between two sides, you are choosing between two ways of waging war. How you kill people is important, and has emotional and political consequences. It matters that American bombing from the air is more cruel, more unequal, kills more women, and kills more children than fighting that on the ground with guns. END_OF_DOCUMENT_TOKEN_TO_BE_REPLACED

Women defendants at a mass trial of supporters of the Muslim Brotherhood in Alexandria, Egypt, November 2013

Nancy Lindisfarne and Jonathan Neale explain the changing international alliances in Middle Eastern politics, and how this is connected to rising Islamophobia in Europe.

For Valentine’s Day, here is something light – a story by Nancy Lindisfarne from DANCING IN DAMASCUS, her collection of short stories about Syria in the 1990s (SUNY, 2000).

‘Come on. I’ll help you if you want.’ Rana grinned. She was lively, shiny, like her curly dark hair. And she was a gorgeous shape. So he didn’t really mind that she was also saying he was hopeless, the kind of guy who didn’t have the gumption to buy a Barbie doll for his kid. END_OF_DOCUMENT_TOKEN_TO_BE_REPLACED

There are now many press and internet reports of rape by the Islamic State (ISIS). There are also reports of ISIS killing gays. These reports are being used to justify heavy bombing of ISIS fighters and civilians by the United States, Britain, France and other allies. These bombings are happening in both Iraq and Syria – ISIS controls parts of both countries.

We have to be careful with the evidence. On the one hand, the media usually ignore rape in wartime. On the other hand, there is also a long standing tradition of newspapers accusing the enemy of atrocities they have not committed. However, there does appear to be convincing evidence for widespread use of rape or women, and killing of gay men, by both ISIS and America’s allies.